During his tenure with the Milwaukee Symphony, he was a featured soloist with the orchestra nearly every year. He made his debut as a soloist in 2018 with the New York Philharmonic playing the John Wiliams Concerto for tuba. He has also toured several countries as a soloist and chamber musician including Japan, Canada, Switzerland, Austria, Germany, France, and Brazil. Mr. Baer’s teachers have included Rudy Emilson, Dr. Gary Bird, Ronald Bishop, and Tommy Johnson.

Alan received his Bachelor of Music degree from the Cleveland Institute of Music and was awarded their Outstanding Alumni Award in 2005.

Alan has appeared in recitals and master classes at colleges and universities throughout the United States, Europe, and Asia, and has held teaching positions at California State University, Long Beach, and at the University of Wisconsin, Milwaukee.

Mr. Baer currently serves as the Instructor of Tuba at the Juilliard School of Music, Mannes College and Rutgers University. 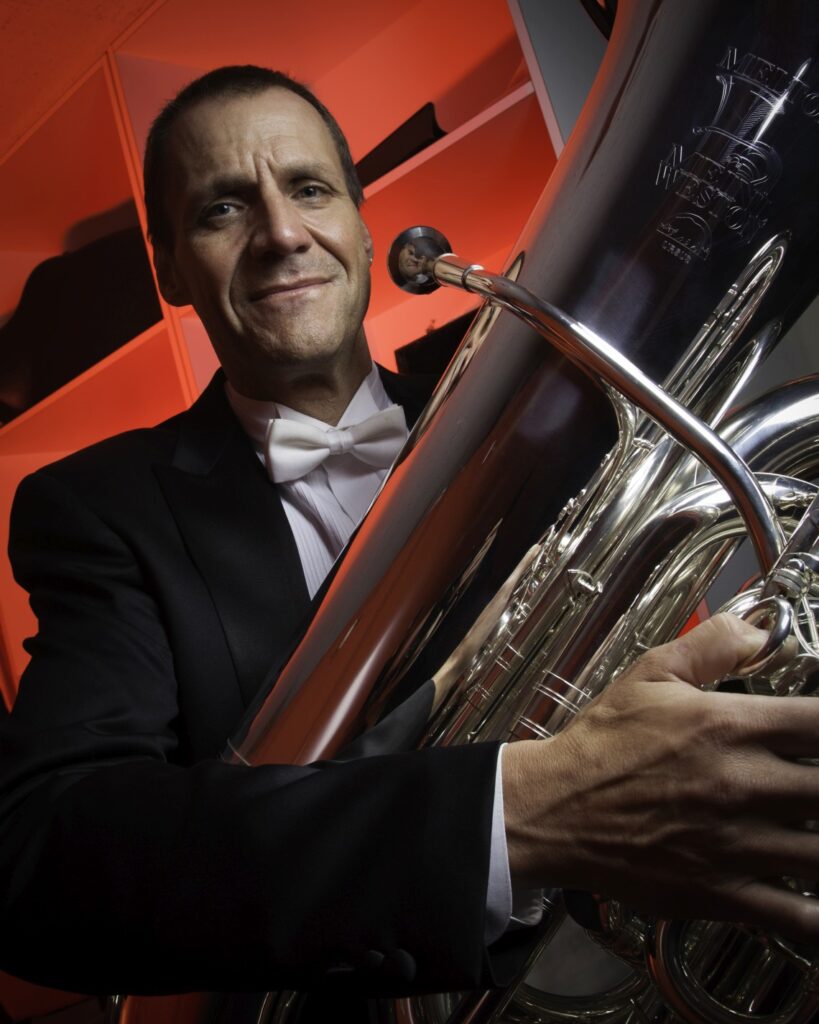