George Curran joined the New York Philharmonic officially in June 2013 after playing with the orchestra for a one-year contract. Prior to that, he was a member of the Atlanta Symphony Orchestra and a fellow with the New World Symphony. These accomplishments came after a long 10-year college circuit. It was a path that he really enjoyed, but is not one that he recommends for aspiring students.

Mr. Curran started his undergraduate degree at the University of Michigan as an engineering major. Meanwhile, he continued studies on his primary musical instrument, the euphonium. He realized that his passion was music, and he transferred to Central Michigan University to pursue a degree in Music Education. While Mr. Curran enjoyed playing the euphonium, he saw that performing opportunities were too limited. So, he began seriously playing the trombone with intent to get into a graduate degree in performance. This led him to the Cincinnati College-Conservatory of Music and an additional two years at Rutgers University working on an artist diploma.

Many performers enjoy teaching, and Mr. Curran is very proud of his students at the Manhattan School of Music and around the country. He also gives guest masterclasses around the world, and is a founding member of the Southeast Trombone Symposium. This is an annual week-long summer workshop at Columbus State University, and which has become one of the most important trombone workshops in the United States.

In addition to music, Mr. Curran has a full family life. He and his wife Katie have a young daughter Kayla. They love to explore NYC together, to hike in the Adirondacks, and ski in the Catskills. He also enjoys running, sci-fi movies and books, and hanging out with his favorite coffee or beer. 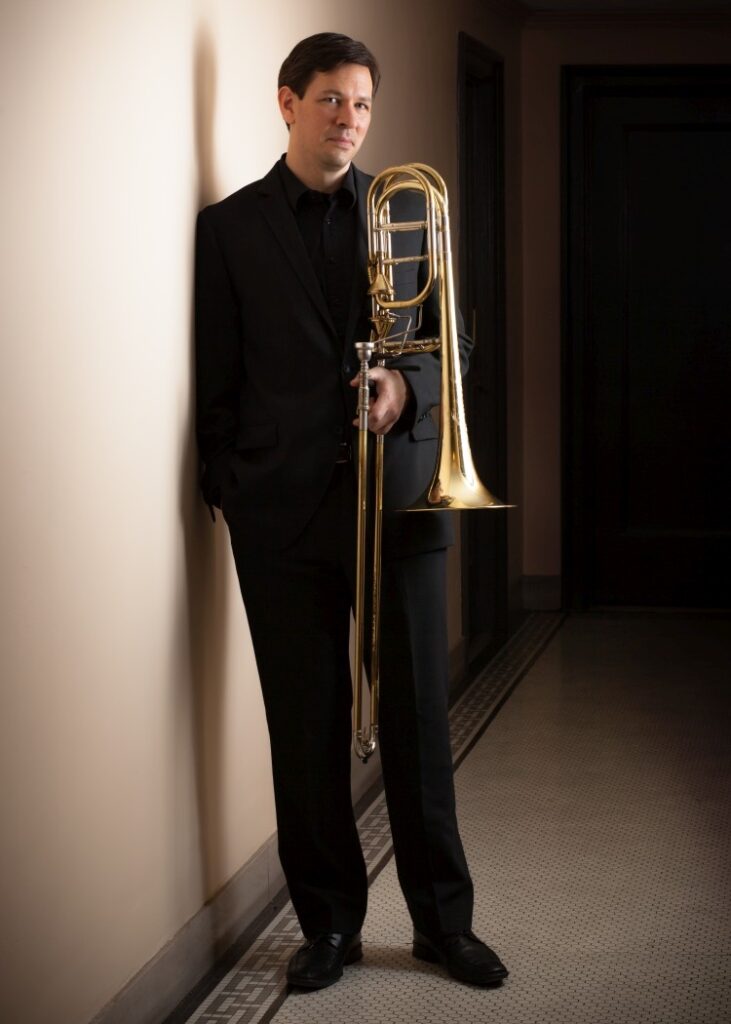