Judith LeClair joined the New York Philharmonic as Principal Bassoon in 1981, at the age of 23. Since then, she has made more than 50 solo appearances with the Orchestra, performing with conductors such as Sir Colin Davis, Sir Andrew Davis, Alan Gilbert, Christopher Hogwood, Rafael Kubelik, Erich Leinsdorf, Lorin Maazel, Kurt Masur, Zubin Mehta, André Previn, John Williams, and Andrey Boreyko.

Ms. LeClair is a graduate of the Eastman School of Music, where she studied with K. David Van Hoesen. She made her professional debut with The Philadelphia Orchestra at age 15, playing Mozart’s Sinfonia concertante with colleagues from the Settlement Music School in Philadelphia, where she studied with Shirley Curtiss. Before joining the New York Philharmonic, she was Principal Bassoonist for two seasons with the San Diego Symphony and San Diego Opera.

Active as a chamber musician, she has performed with numerous leading artists and has participated in leading festivals around the country. She has given solo recitals and master classes at the Eastman School of Music, Northwestern University, New England Conservatory, Oberlin College, Michigan and Ohio Universities, and the University of Colorado at Boulder. Every August she gives a solo recital and week-long master class at the Hidden Valley Music Seminar in Carmel Valley, California. She performed with the Philharmonic Woodwind Quintet of New York, formed in 2001 with her colleagues from the New York Philharmonic wind section. They gave recitals throughout the country and on the Orchestra’s foreign tours.

In April 1995 Ms. LeClair premiered The Five Sacred Trees, a concerto written for her by John Williams and commissioned by the New York Philharmonic as part of its 150th Anniversary celebration. She later performed the concerto with the San Francisco Symphony and with the Royal Academy Orchestra in London. She recorded it for Sony Classical with the London Symphony Orchestra in June 1996, with Mr. Williams conducting. This, along with her solo New York Legends CD for Cala Records, was released in March 1997. Her newest CD, Works for Bassoon, was released in the spring of 2010.

Ms. LeClair is on the faculty of The Juilliard School, and she joined the faculty of the Manhattan School of Music in fall 2014. She lives in New Jersey with her husband, pianist Jonathan Feldman, and their son, Gabriel. 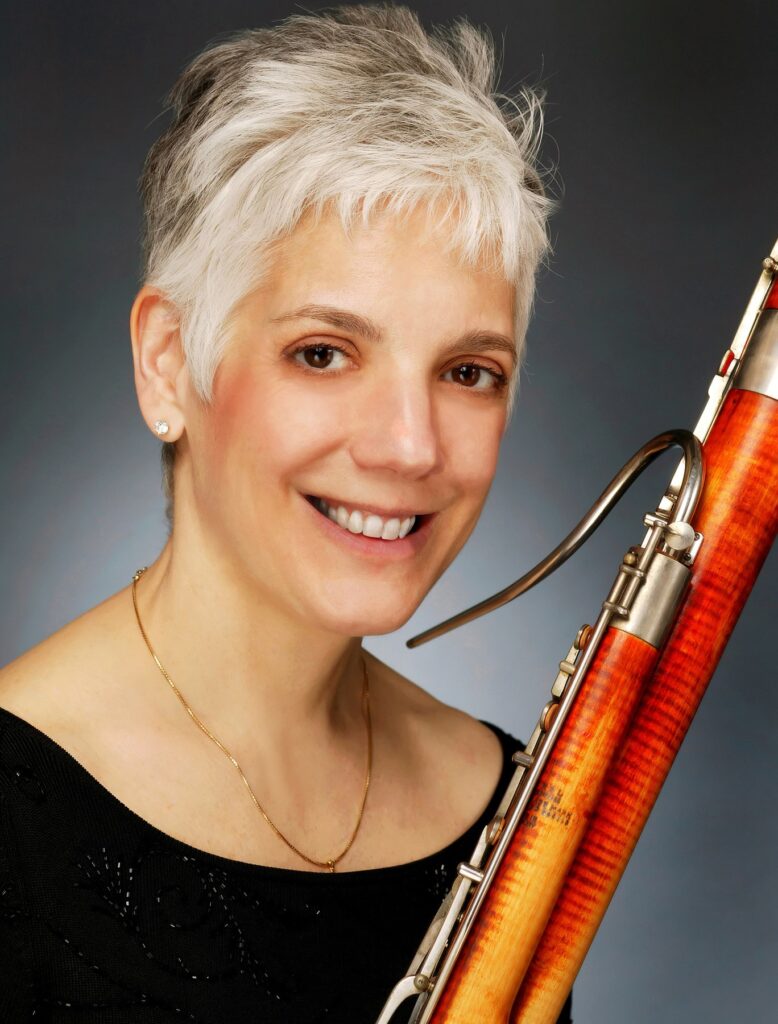