Solo piccolo and flutist Mindy Kaufman joined the New York Philharmonic in 1979 at the age of 22, after performing for three seasons with the Rochester Philharmonic Orchestra. She received a bachelor of music degree from the Eastman School of Music, where she studied with Walfrid Kujala, Bonita Boyd, and James Galway.

Ms. Kaufman has appeared as a soloist with the New York Philharmonic under the direction of former Music Directors Zubin Mehta, Kurt Masur, and Lorin Maazel. For one season she substituted as principal flute with the Milwaukee Symphony Orchestra.

Ms. Kaufman performs chamber music regularly with her colleagues in the New York Philharmonic Ensembles, and has performed at the Moab Music Festival, Mt. Desert Festival of Chamber Music, and Grand Teton Music Festival. She has performed on more than 45 film soundtracks.

In 2019, during a sabbatical from the New York Philharmonic, Ms. Kaufman went on a trek in Nepal, and travelled to Havana, Cuba where she performed and gave master classes with Cuban flutist Niurka González.

Mindy loves the outdoors including winter sports, hiking and bird watching. For the first three months of the pandemic, Mindy kept busy by performing for her neighbors in the stairwell of her building, and by going daily to Central Park to observe and photograph the many migrants that pass through the park. 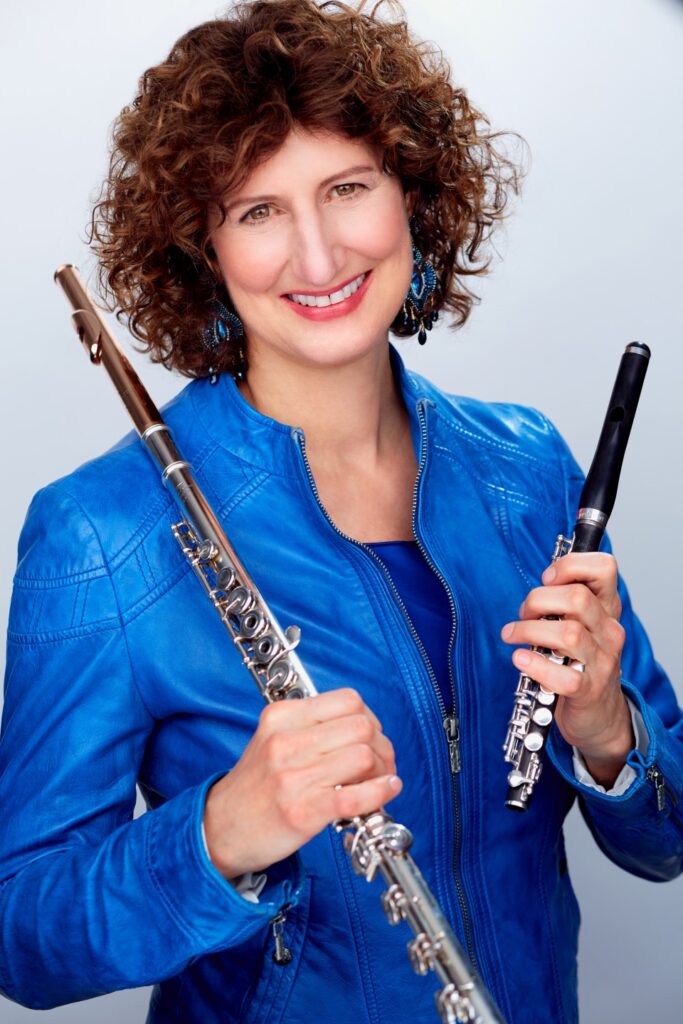